Pleasureville: a fun, Canadian comedy about sex, identity and friendship 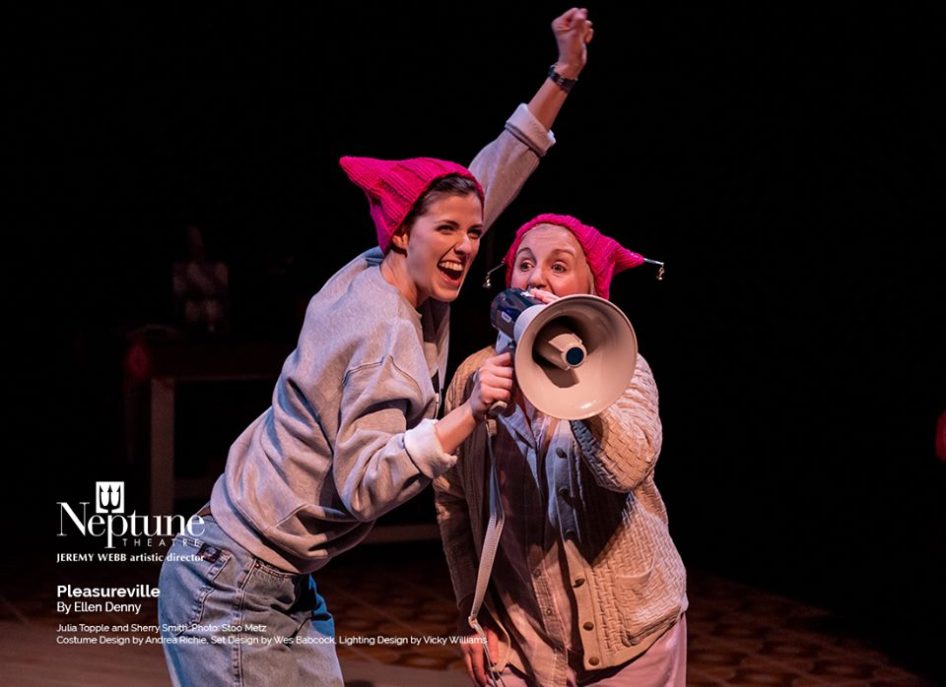 Ellen Denny’s Pleasureville, in its world premiere at Neptune Theatre, is a charming, intimate comedy about big issues.

The Canadian playwright tackles feminism, gender, identity, politics and friendship in a two-hour drama that celebrates empowerment and the bridging of differences.

When Leah decides to move into her late aunt’s country home she leaves behind her best friend Ash, a hip, Toronto, non-binary lawyer, and encounters the middle-aged, heterosexual Rose, a curious, farm-raised mother of six who married at 17 and goes to church.

Sherry Smith is hysterically funny as Rose who needs a job but, like many of us, has never been inside a sex shop.

Many of Denny’s laugh-out-loud lines and sight gags come from the generational divide in sex, feminism and technology as well as country versus city.  There’s a great Canadian quality to this play — being on CBC’s The Current is hitting the big time.

This sweet, light-hearted story is startling in its contemporary and direct discussion of female sexuality and introduction of non-binary gender in Ash who wants to be called “they” instead of he or her.

Non-binary actor Breton Lalama portrays this forthright, playful character with a wonderful warmth, wit and confidence. In this trio Ash is the person who knows themselves best. 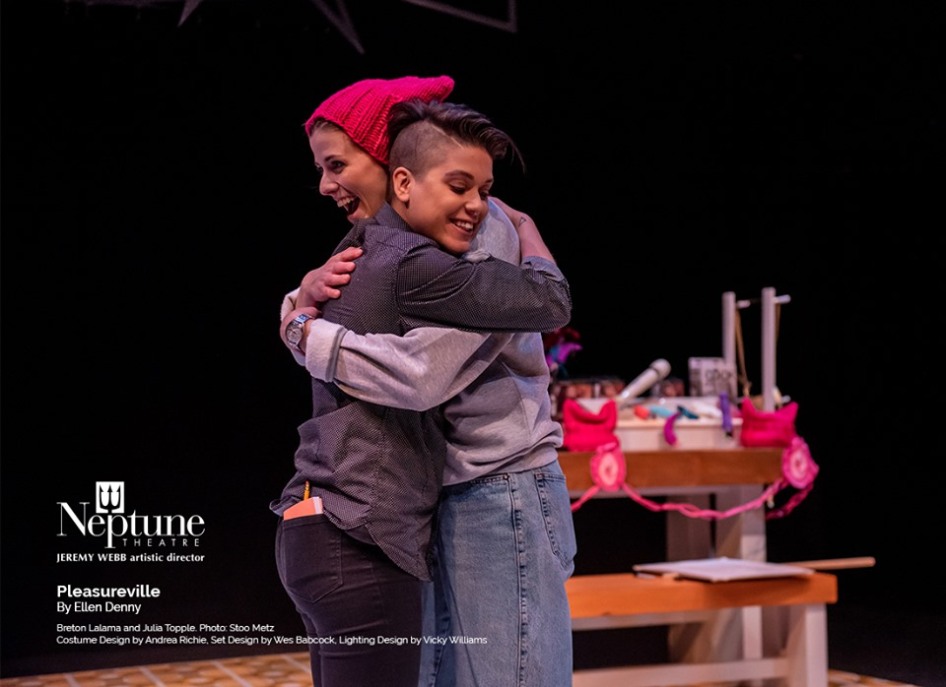 Leah is easy to relate to as an everyday human being navigating life. Julia Topple makes her very engaging in an energetic, focussed and finely balanced performance. ,  of this warm, 20something, indecisive character trying to find her path in life. She is the one who has the most to learn about herself through this adventure.

Director Annie Valentina balances Pleasureville’s dualism of Norm Foster-style  situational comedy and examination of sexual politics and inclusion as she keeps her actors moving within the opened-up space of the studio theatre.

Pleasureville’s set, designed by Wes Babcock, is realistic in the tidy, bright store in its centre and abstract in the broken suggestion of a wall at stage right and in a heavy, hanging structure of many triangles at stage left which is symbolic of turmoil and LGBTQ identity. 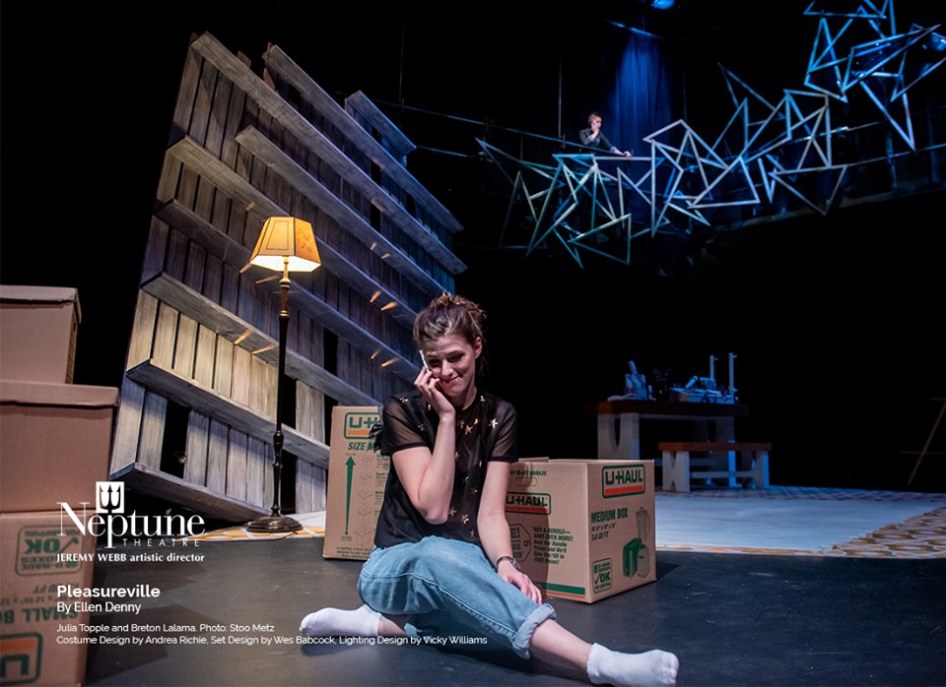 Structurally Denny’s script could be tweaked. The first act is repetitive with scene after scene of no one coming into the store except Rose. Rose’s great secret has too easy a resolution and it’d be nice to see Leah resolve her own secret pain before the play ends.

Just as Mark Crawford’s Bed and Breakfast, about two men opening a B and B in rural Ontario, fit well this summer at Ship’s Company,  Parrsboro, Pleasureville would make for great summer theatre as a very funny but also thought-provoking piece about contemporary life and issues landing in a small town.