Fox: Not Your Average Volpone 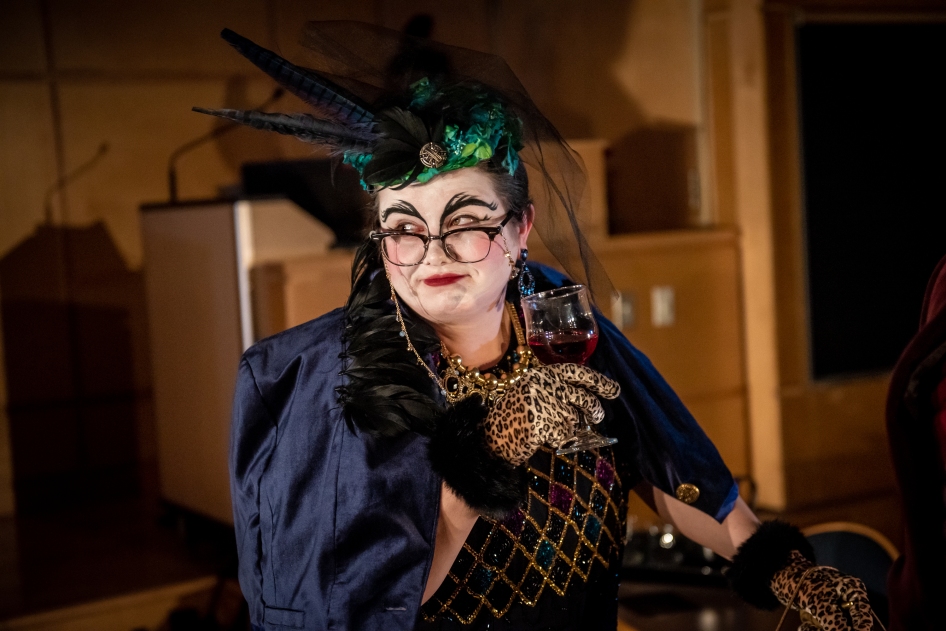 The Halifax company sets this satire of lust and greed as a courtroom drama in an auditorium-style classroom of the Weldon Law Building, making the audience the jury.

Artistic director Dan Bray and artistic producer Colleen MacIsaac with director Kathryn McCormack have updated and adapted Jonson’s 1606 classic to reflect the #metoo movement. They make Celia, the wealthy young woman whose husband offers her up to Volpone, the central character.

As Celia, MacIsaac talks in a low, everyday voice and in contemporary language. While she sits in her docket, on trial for murder, below her is a pit filled with outrageous, carnivalesque charlatans and lawyers revealing their avarice and amorality in high-volume, comically melodramatic displays. They speak in the language and style of Jonson’s time.

This split in delivery styles emphasizes Celia’s point of view and brings the play into a contemporary context. 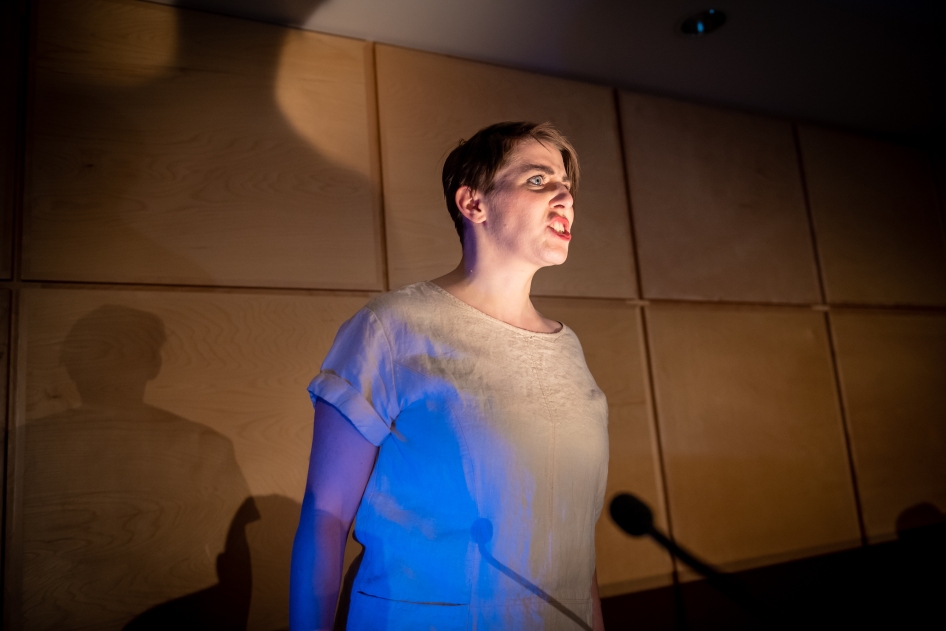 Director McCormack, clearly interested in the highly theatrical style of the piece, wrings the most from her performers in MacIsaac’s steely delivery as both a strong woman and a subdued victim, and in the amped-up physicality and volume of Dan Bray as Celia’s horrid husband Corvino, Nicholas Cox as the defence lawyer Avocatori, Stepheny Hunter as the grasping, loveless mother Corbacci, Lara Lewis as the prosecuting lawyer Voltora and Jessica Oliver as Volpone’s conniving servant Mosca.

Since Jonson’s characters are named for birds the director and designers run with bird metaphors in costumes with spiky black feathers and in Madeleine Tench’s makeup design of white faces with dramatic, black, eye makeup in harsh, feathered patterns.

Dan Bray fully embraces the crow – though not overly so – in his voice and movements. The striking, compelling Lara Lewis curls her mouth in a vulture-esque snarl. Hunter plays Celia’s grotesque mother with good, clear comic touches and pacing.

Cox’s performance as Avocatori is highly vehement and particularly comic when he can’t get his technology of video and cassette tapes to work. Using vintage technology keeps the timeline in this Fox fluid.

Fox is electric in terms of design by an all-female team with the amazing costumes by Kaelen MacDonald (a Dal costume studies graduate), vivid lighting in hot yellows and reds by Vicky Williams and videography by Kathryn Reeves.

Details of the plot are confusing to those who haven’t read their Jonson in a long time but the basics of duplicitous trickery, would-be heirs and an appalling amorality are all clear in this unusual, striking production. Fox is on today 2 p.m. and 8 p.m. with a closing matinee Sunday, 2 p.m. 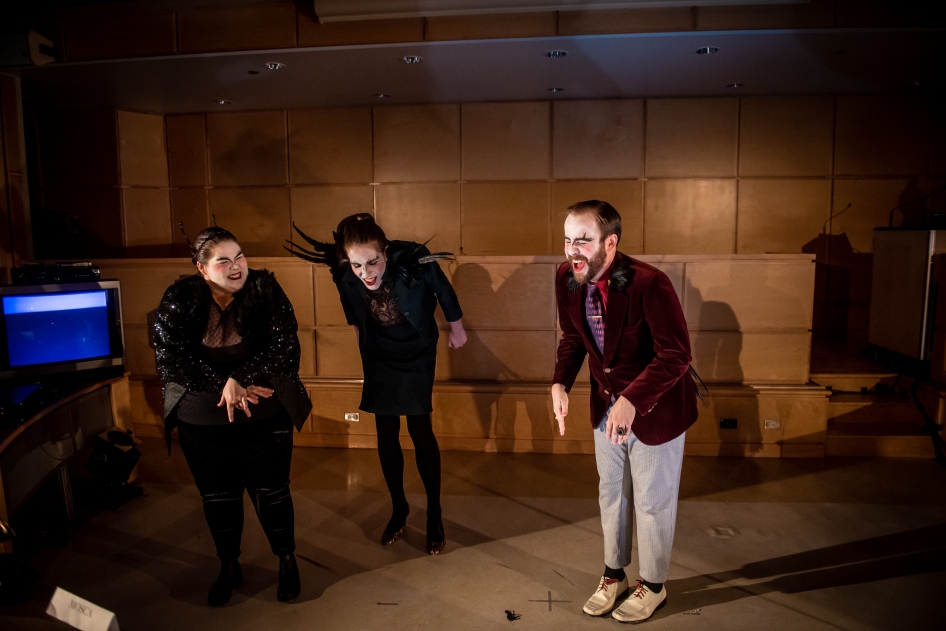