Get Thee to the Theatre: Hamlet as you’ve never seen it before 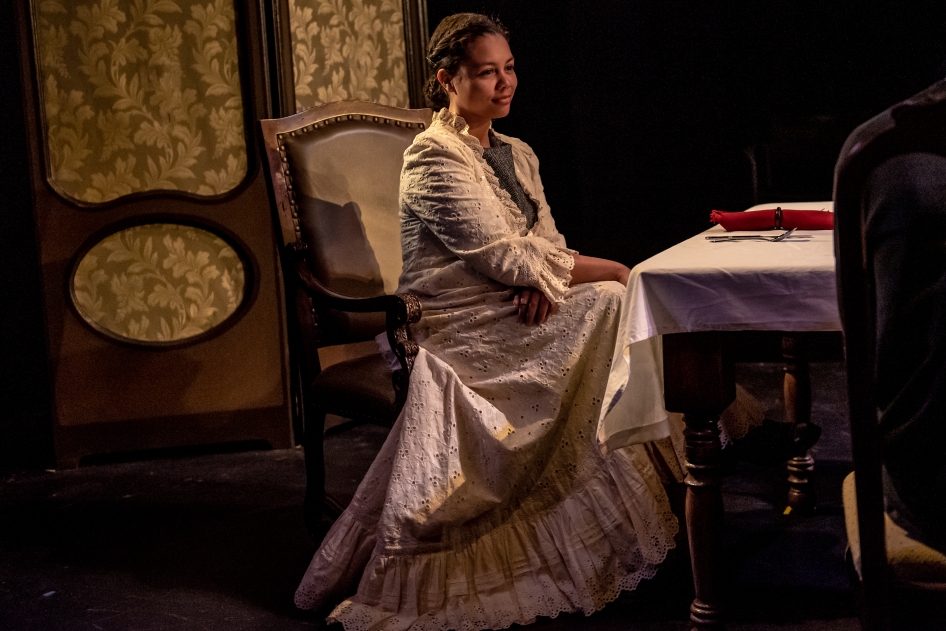 Micha Cromwell as Ophelia in Below the Salt’s Hamlet, staged at and on an enormous  Edwardian dining table, at Neptune’s studio theatre to Jan. 20. (Stoo Metz)

I’ve seen Hamlet at Point Pleasant Park, a film noir Hamlet and even Mel Gibson as Hamlet — what was I thinking?

I have never seen a Hamlet like Below the Salt’s startling, unique theatrical experience at the Neptune Studio Theatre to Jan. 20.

Jackie Torrens as Hamlet stomps on the longest Edwardian dining table this side of Downton Abbey in an intense, inventive, atmospheric production with the audience seated at the table, behind the table and in the Neptune’s studio theatre seats.

The six actors are a butler and five maids in black dresses and white aprons who decide to stage play around – and on –  the  dining table before guests arrive.

This Hamlet matches the intelligence and inventiveness of its director,  Two Planks and a Passion Theatre’s artistic director Ken Schwartz, with the skill, ferocity and emotive power of Halifax actor Jackie Torrens as Hamlet.

Schwartz specializes in making Shakespeare’s language sound like natural conversation and the actors talk, even in the famous soliloquies, to the audience members seated at the table.

Schwartz has nurtured a tight-knit ensemble for outdoor theatre during the summer at the Ross Creek Centre for the Arts near Canning. He takes some of those actors to the city including fan favourite Burgandy Code.

She brings Hamlet’s uncle, the usurping king, alive in a way I’ve never seen before – as a crafty, comfortably powerful, two-faced demagogue. 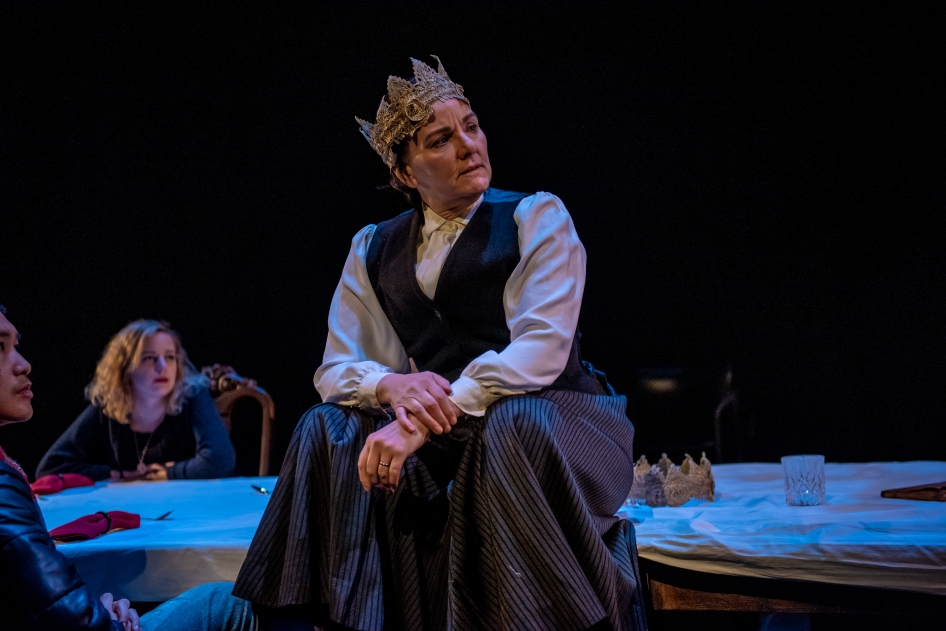 Burgandy Code as the duplicitous king in Below the Salt’s Hamlet.  (Stoo Metz)

Schwartz also utilizes his magic for transforming everyday objects into things they aren’t. For example, Code dips a dining knife as a pen into a glass of scotch to write on a blood-red napkin as a piece of paper.

Jackie Torrens, who in real life is far apart in years and build from a young boy, is highly convincing and compelling as Hamlet.

Her blond hair pinned back to look boyish, her body stance stiff and solid, she brings a powerful, often restrained – other times violently unleashed – emotional torment to Hamlet that rings true.

I recognize the deep anxiety, the effort to mask it, the head-hitting in self-directed anger, as female. My husband disagrees entirely but he’s never forgiven me for taking him to Mel Gibson’s Hamlet. 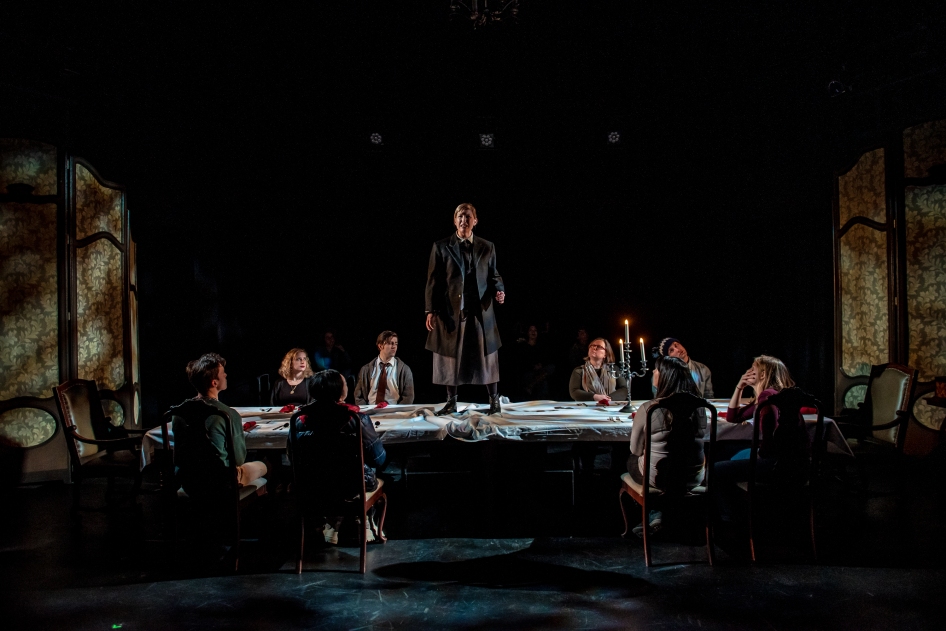 Geneviève Steele is an excellent Gertrude, both queenly and a fraught mother. She and Matthew Lumley are wonderful as Rosencrantz and Guildenstern, with Steele slipping out of Rosencrantz and leaving behind a hat that Lumley holds as he switches into a high voice.

Sarah English and Micha Cromwell are both fine Ophelias, with English playing Laertes and Micha anchoring Hamlet’s friend Horatio as a more interesting, commanding and  loyal character than I’ve seen him played before.

It’s amazing that only six actors populate the stage. With the audience it seems like there are so many more players. The only quibble is that the device of the table while brilliant is sometimes distancing from the actors.

This production is intensely beautiful, like a Renaissance painting, with a great use of light by designer Susann Hudson – both overhead and as candles for an excellent ghost-on-the-ramparts scene with the ghost speaking in a scary, strangled whisper.

It took four years to get this creative Hamlet to the stage. Tickets at the Neptune box office are going fast but are still available.

NOTE: The summer season at Ross Creek opens July 6 with three Two Planks and a Passion Theatre shows: the mainstage show, In This Light, an adaptation of An Enemy of the People by Governor General’s Award-winning playwright Catherine Banks, the fireside performance of Frankenstein by Fire, based on the novel by Mary Shelley, and an end-of-season special performance of The Ruins by Nova Scotia playwright Gillian Clark. Tickets are already on sale (http://www.artscentre.ca/twoplankscurrent.html).