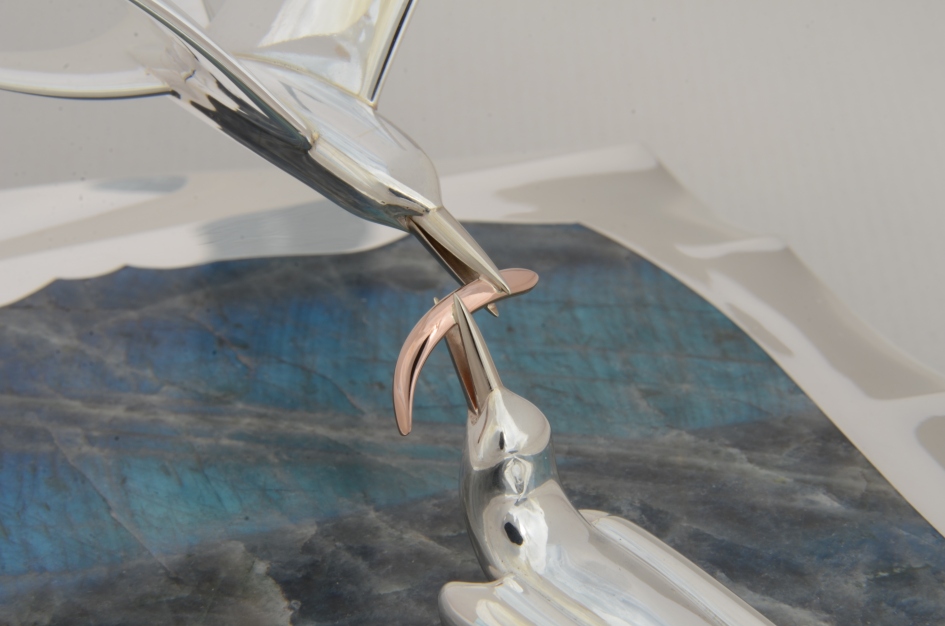 In the beginning there was a red jasper Chinese ring.

A must-see for anyone who loves jewelry and metalwork,  this is the story of how Brecken inspired Harris in his lifelong career as a silversmith. It is told through 23 of Brecken’s works, some loaned from his niece, Grace MacNairn, of Nova Scotia, 11 of Harris’s early works and 38 recent pieces, several constructed in homage to Brecken.

“It means a lot to me,” says Harris, who has taken this show in his car to several  institutions across Canada.

His Erin, Ont., high school arts teacher – a 1940 applied fine arts graduate from Mount Allison University – “ helped me from high school on. He took me under his wing, he became a facilitator and a patron and a friend. I always wanted to recognize him. He was very low profile.”

Brecken spent his first nine years in China after he was adopted in Canada by missionary parents and teachers living and working out of Chengtu (now Chengdu and the capital of southwestern China’s Sichuan province.)

The jasper ring must have been purchased by his parents. Found in a moth-eaten bag with Chinese symbols, it “has the same motifs and patterns Arthur used throughout his career.”

As he evolved as an artist, Harris became drawn to pure forms and flowing lines, cleaner surfaces and contours.

The difference between the two is evident in a tale of two tea sets. One is a fascinating miniature, fully-functioning, dolls’ tea set that Brecken made, inspired by  mid-20th century Scandinavian hollowware and Art Deco. Created to celebrate Canada Centennial in its 10 pieces, it won first prize in the Guelph Creative Arts summer exhibit.

Next to it is Harris’s recent tea service of gleaming, rounded silver vessels with rosewood handles flowing out of the silver with no visible signs of construction.

This is the last piece Harris made for the show. The first is a homage to Brecken’s love of the terraced landscape of China with stacked, moss agate pieces at the top of a silver structure that at its base has a lotus flower lying on a slice of green jade, like a lily pad. 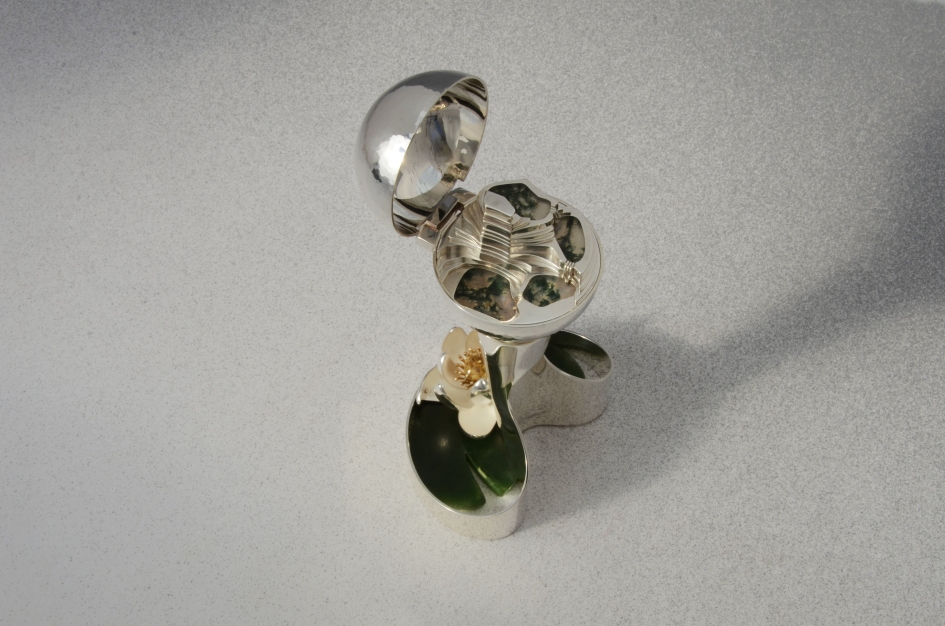 As soon as Brecken noticed Harris’s affinity for metalwork, he invited him, and other students he mentored, to work off school hours in his studio at his house. They called it Kitchen College.

“I worked at his home for three years before I got my own studio and he never charged a penny,” says Harris, who has an undergraduate degree in music from the University of Toronto and a master of fine arts in metalsmithing from Cranbrook Academy of Art.

Brecken encouraged his students throughout their careers, buying them materials, advising them and commissioning challenging works he would later return to them as marquee pieces they could use in submissions for exhibits or grants.

“When I started to freelance full time in 1987 Arthur helped me to kickstart my career with two major commissions, the pagoda and the labradorite box,” says Harris.

The intricate, intensely-detailed pagoda, created in Brecken’s style with a cumulative buildup of wire patterns, has 13 miniature drawers each opened by a tiny knob that is a precious, set gem.

“It took me over four years since we had started a family and I was a stay-at-home dad working very much part-time. I like to say the kids were my most challenging and rewarding gems to set.”

The labradorite box, which Brecken returned to him shortly before he died in his late 80s in 2003, is inspired by Brecken’s fascination for the main foyer, labradorite floor in Canada House which he saw on a visit to London, England, in 1938.

“Arthur spent over 40/45 years creating a very three-dimensional Chinese garden in his backyard. He used two pails and one shovel. The process was just as satisfying to Arthur as the result.”

Harris met his wife on the ferry on a trip to Newfoundland while working as a silversmith in New England. Today his Cornerbrook studio overlooks the ocean and he sees whales and dolphins.

His work is inspired by nature literally and metaphorically as an expression of the unity of form and function.

His piece, The Wave, features a stunning slice of irridescent labradorite as ocean water with an adult tern sweeping down to feed a tiny gold fish to its baby. It is a fine metaphor for the relationship of teacher to student.

Check Harris’s website (www.wesleyharris.ca) to see all his work and an educational tab called “Process” that shows how 32 of his pieces were made. 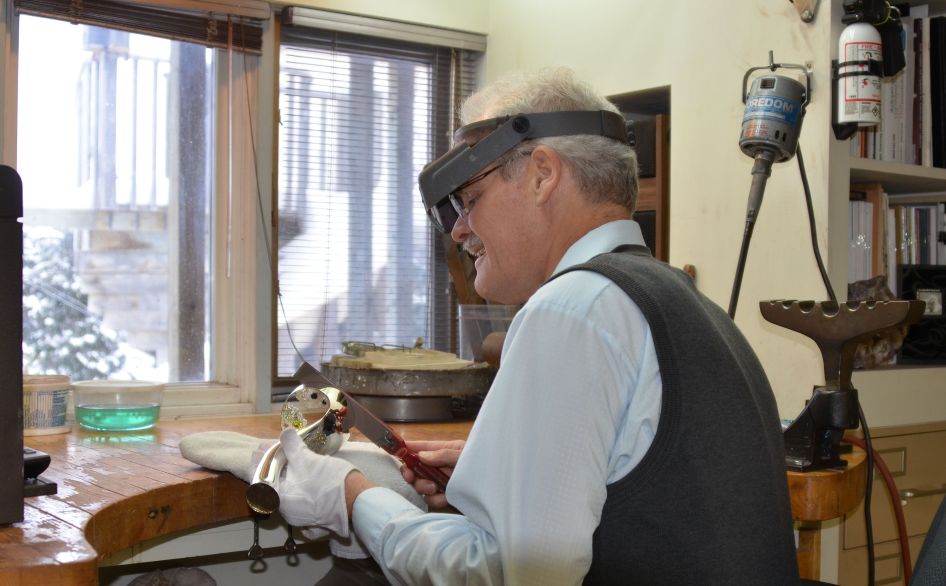