Fall in Love with Shakespeare in Love 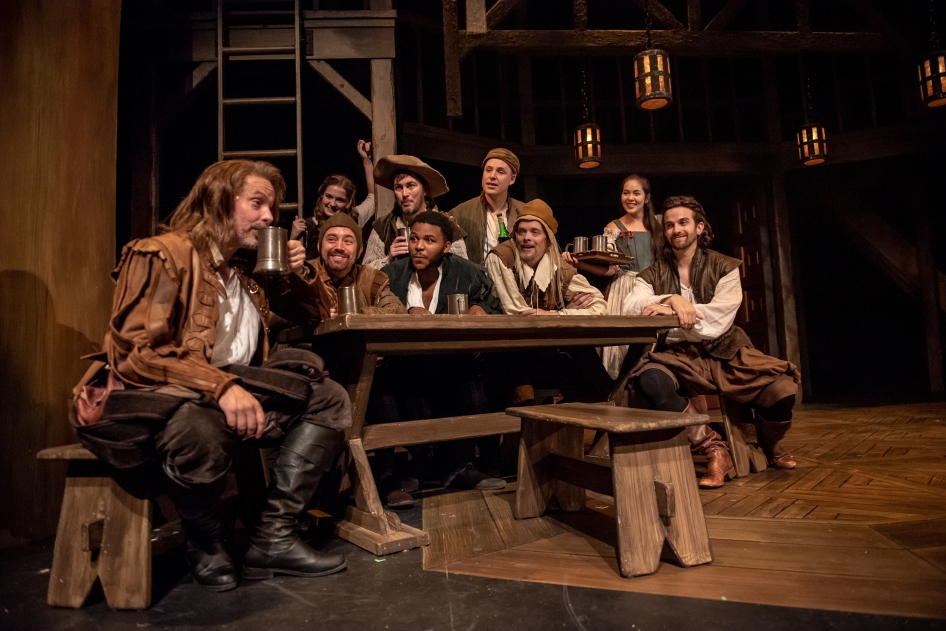 A  merry band of reprobate actors and producers in Shakespeare in Love, Neptune Theatre’s rollicking, witty season-opener, on stage to Oct. 7. (Stoo Metz)

He casts local and homegrown talent, instead of importing from Toronto, and he casts inclusively with African-Nova Scotian and Asian actors.

But the play’s the thing and this must-see Shakespeare in Love is fun, witty, intelligent theatre with the bravado of The Three Muskeeteers, a zip-line pace and some real, stir-the-loins romance.

The actors – and one adorable dog –  converge on a beautiful Globe-esque stage of dark wood with a prerequisite balcony and lush, painterly lighting.

The cast is fantastic with perfect, intense, articulate performances by the leads: Sarah English, who played Juliet at Neptune, as Viola, the noble young woman who would be a player, and Allister MacDonald as Will Shakespeare, the intense, playful, dissembling and desperate writer with a deep capacity for love. 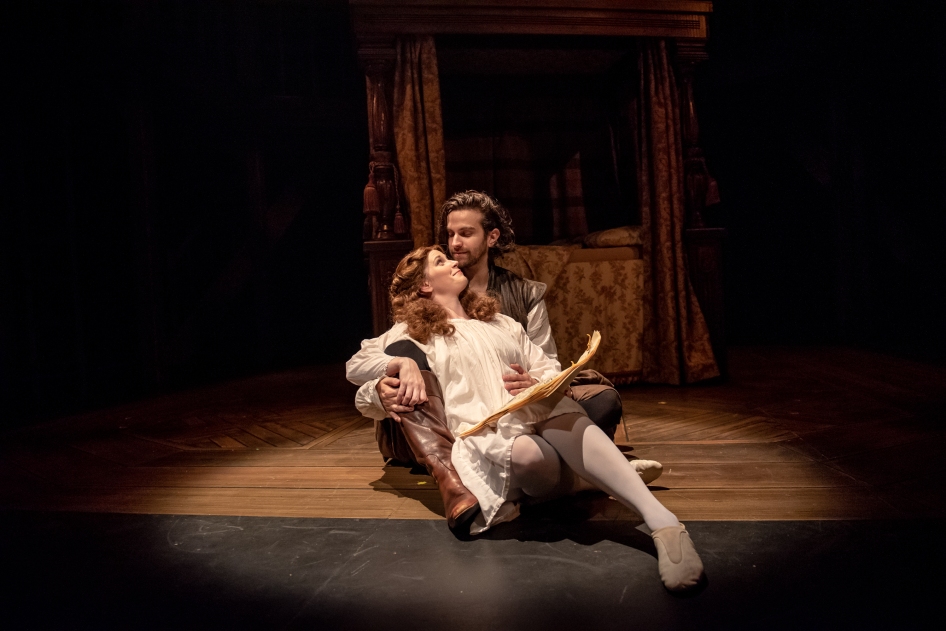 Allister MacDonald and Sarah English as Will Shakespeare and Viola. (Stoo Metz)

They tease out the tangle of a play-within-a-play, gender-bending and swashbuckling to make the love scenes pure, sweet and real  – real enough to convince Jennie Raymond’s arch and wonderful Queen Elizabeth I that a play can demonstrate true love. 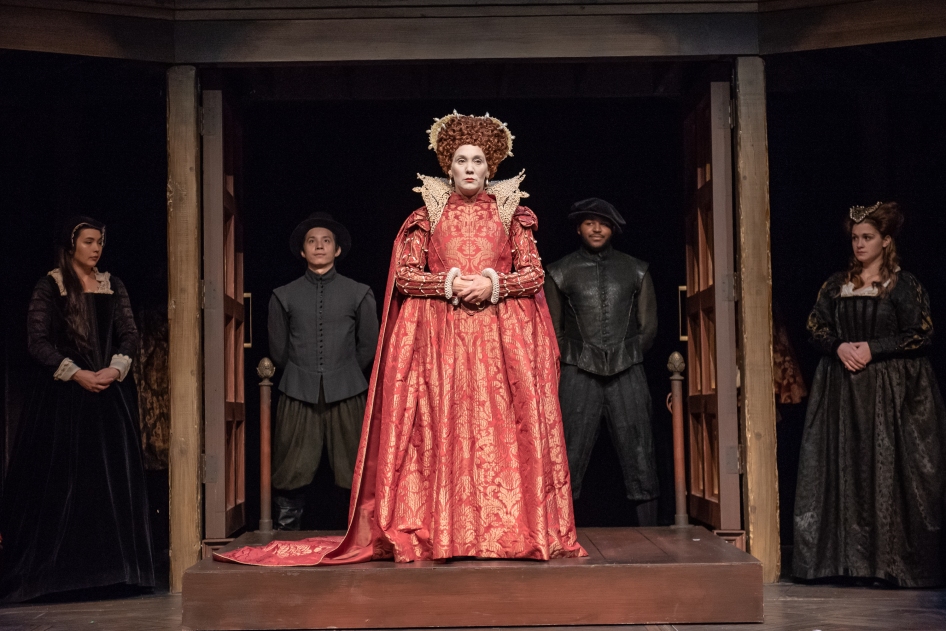 Jennie Raymond is Queen Elizabeth I in Shakespeare in Love. (Stoo Metz)

Webb, a classically-trained British actor with a talent for comedy, directs the merry, penniless band of actors, writers and producers for maximum comedy and lovable qualities.  These folk move in a rough and tumble Elizabethan England at the rapid, lively rhythm of any Shakespearean comedy.

The play is produced by a creative team of 11 including set and costume designer Joanna Yu, who does a remarkable job working in sepia browns of olden days with the marvellous exception of Queen Elizabeth’s stunning, red gown, lighting designer Jessica Lewis, choreographer Mary Lou Martin, fight director Karen Bassett and musical director Chuck Homewood —  the music being a lovely added layer.

Shakespeare in Love is based on the 1998 award-winning movie with its screenplay written by British playwright Tom Stoppard – which is why the movie and play are so literate – and American screenwriter Marc Norman.

It belongs to the canon of wonderful plays about theatre with lots of inside jokes, familiar stereotypes and a love for art, life and love. Neptune also presents Noises Off, a farce about staging a play, Feb. 26 to March 17.

They are directors in The Lear Project, March 22 to 24, with Richard Donat.  Also for Shakespeare lovers is Hamlet by Below The Salt (Ken Schwartz and Jackie Torrens). Jan. 9 to 20. Torrens is Hamlet in an immersive production  in an Edwardian dining room.